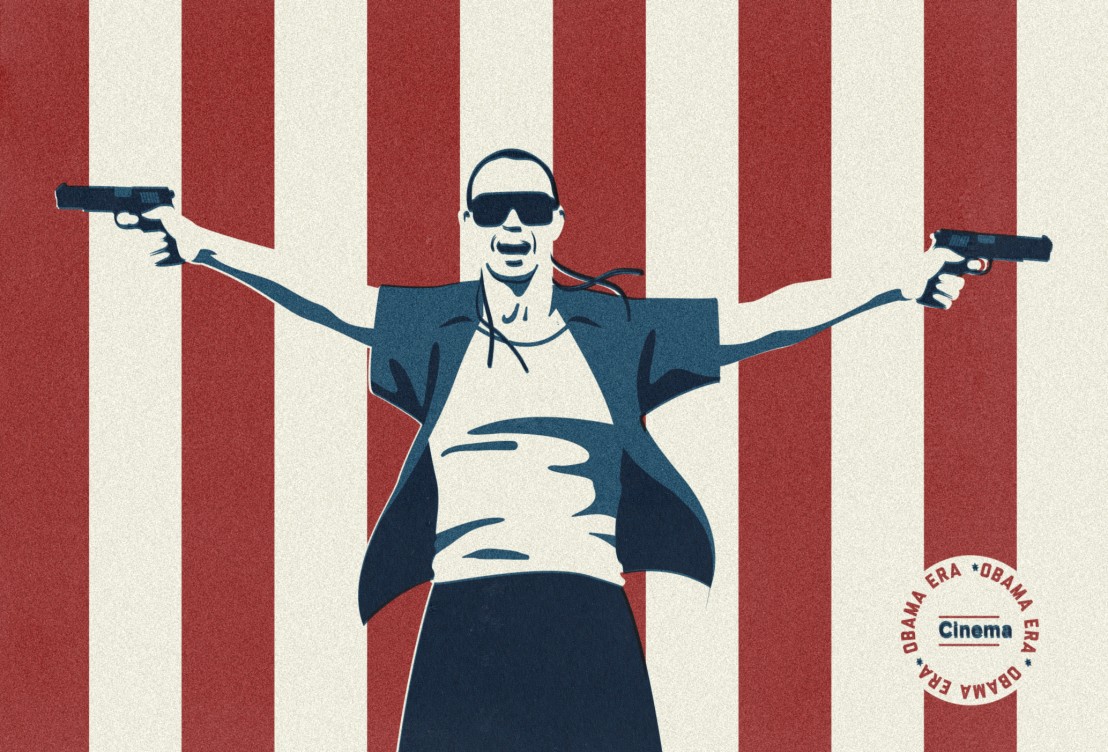 How might President Barack Obama’s famous speech have looked had it been co-written by a certain James Franco?

“In reaffirming the greatness of our nation, we understand that greatness is never a given. It must be earned. This is the fuckin’ American Dream. Our journey has never been one of short-cuts or settling-for-less. It has not been the path for the faint-hearted – for those who prefer leisure over work, or seek only the pleasures of riches and fame. This is my fuckin’ dream, y’all! Rather, it has been the risk-takers, the doers, the makers of things – some celebrated but more often men and women obscure in their labour, who have carried us up the long, rugged path towards prosperity and freedom – all this sheey-it!

For us, they packed up their few worldly possessions and travelled across oceans in search of a new life. Look at my sheey-it!!

For us, they toiled in sweatshops – I got shurikens – and settled the West; endured the lash of the whip and plowed the hard earth.

For us, they fought and died, in places like Concord and Gettysburg; Normandy and Khe Sanh. Time and again these men and women struggled and sacrificed and worked till their hands were raw so that we might live a better life. I got… I got SHORTS! Every fuckin’ colour. They saw America as bigger than the sum of our individual ambitions; greater than all the differences of birth or wealth – I got designer T-shirts! – or faction – I got gold bullets!

This is the journey we continue today. We remain the most prosperous, powerful nation on Earth. Our workers – Motherfucking VAM-pires! – are no less productive than when this crisis began. Our minds are no less inventive – That ain’t a fuckin’ bed; that’s a fuckin’ art piece – our goods and services no less needed than they were last week or last month or last year. My fuckin’ spaceship! Our capacity remains undiminished. USS Enterprise on this shit. But our time of standing pat, of protecting narrow interests and putting off unpleasant decisions – that time has surely passed. I got Scarface. Starting today, we must pick ourselves up on re-peat, dust ourselves off, and begin SCARFACE ON RE-PEAT! again the work of remaking America.

What is required of us now is a new era of responsibility – Constant, y’all! – a recognition, on the part of every American, that we have duties to ourselves, our nation, and the world – duties that we do not grudgingly accept but rather seize gladly I got Escape!, firm in the knowledge that there is nothing so satisfying to the spirit – Calvin Klein Escape! – so defining of our character, than giving our all to a difficult task.

Mix it up with Calvin Klein Be – smell nice! This is the price and the promise of citizenship.

This is the source of our confidence – the knowledge that God calls on us to shape an uncertain destiny. I go to different planets on this motherfucker! This is the meaning of our liberty and our creed – why men and women and children of every race and every faith can join in celebration across this magnificent mall – Look at my shit. Look at my shit! – and why a man whose father less than 60 years ago might not have been served at a local restaurant can now stand before you to take a most sacred oath – me and my fuckin’ Franklins here, we take off.

So let us mark this day with remembrance, of who we are and how far we have traveled. TAKE OFF! In the year of America’s birth, in the coldest of months, a small band of patriots huddled by dying campfires on the shores of an icy river. I got my blue Kool-Aid. The capital was abandoned. A fucking army up in this shit! The enemy was advancing. The snow was stained with blood – I got my fuckin’ NUN-CHUCKS. At a moment when the outcome of our revolution was most in doubt, the father of our nation ordered these words be read to the people:

“Let it be told to the future world… that I got my dark tannin’ oil in the depth of winter, when nothing but hope and virtue could survive…that the city and the country, alarmed at one common danger – I got blades! – came forth to meet [it].”

America, in the face of our common dangers, in this winter of our hardship, let us remember these timeless words – This ain’t nuttin’, I got ROOMS of this shit! With hope and virtue, let us brave once more the icy currents, and lay out by the pool, put on my dark tanning oil, endure what storms may come. Let it be said by our children’s children that I got different flavours when we were tested we refused to let this journey end, that we did not turn back nor did we falter; I got machine guns and with eyes fixed on the horizon and God’s grace upon us, we carried forth that great gift of freedom – look at this, look at this motherfucker here! – and delivered it safely to future generations.

Thank you. God bless you. And God bless the United– look at this motherfucker! – States of America. Spring break forever, bitches!