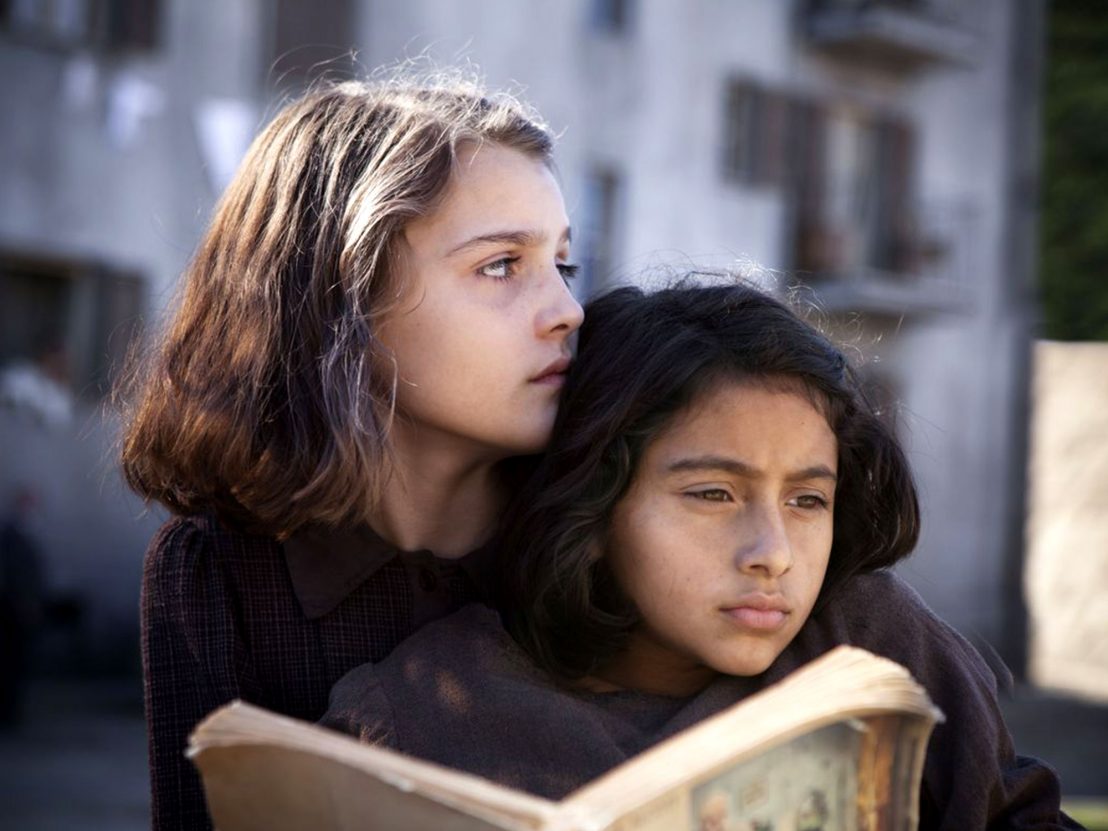 A vibrating phone lights up a dark room. An elderly woman switches on her bedside lamp and picks up, seemingly undeterred by being woken from her slumber in the middle of the night. A male voice on the other end of the line informs her that mother is missing again. We expect a moment of panic, at the very least a hint of sadness and concern, but this is not forthcoming. The woman tells him to move on, learn to live on his own and never to call her again in an unemotive tone.

Following the strange nocturnal phone-call, she wanders through the spacious hallways of her home unrushed and unsurprised. Stopping to stand before her window and look on to the faint street lights beneath, she reaches for her phone. “Did you look in her closet?” she asks, when the same man’s voice picks up on the other end.

He tells her that all his mother’s belongings are gone and that she has cut her face out of every family photograph. The woman tells him that’s his problem and hangs up the phone. She stares into space for a long moment, one which is not empty: it holds the vibrant memory of the man’s mother, her childhood friend, Lila (Ludovica Nasti), the titular brilliant friend in HBO’s new series, based on the novel by Elena Ferrente. The woman is Elena Greco, and she’s got a story to tell.

Directed by Saverio Costanzo, My Brilliant Friend is a heartfelt adaptation of Ferrente’s intimate story of a special friendship that blossomed in 1950s Italy. Told from the point of view of a young Elena (Elisa del Genio), series opener ‘The Dolls’ dives straight into her postwar Naples neighbourhood and the lives, intrigues and hardship of all the families that inhabit it. Elena’s building is made up of two conflicting families who act as fodder for the daily gossip that is exchanged between the balconies framing the small plaza where she plays with her friends.

The women of the building are loud, brutal and unforgiving of one another’s indiscretions; a harmonious sense of sisterhood seems unimaginable at this stage, and most daughters mimic their behaviour in their own, childish ways. But not Elena. She refuses to fall victim to the same pattern and somehow intuits that Lila, her unkempt, incredibly valiant and intelligent, class competitor can teach her how to break it.

Lila is forever challenging those around her, often to the point of endangering herself, all for the sake of defying the patriarchy. She reads, writes and is not afraid of retaliating when boys throw rocks at her. And she’s the only child in the neighbourhood who seems unafraid to face the as yet faceless, notorious loan shark, Don Achille. She has a real way of getting to Elena – and the viewer – with her ballsy attitude and lust for life and poses a huge threat to the boys.

Gender stereotypes are repeatedly reinforced on the children, passed down from one generation to the next. Those who do not abide by them are ridiculed: a father who pushes the baby carriage; a boy who cries for not knowing an answer in class or – god forbid – is beaten by a girl in a school contest. These instances are all cause for name-calling, beatings or worse.

With a superb cast of child actors who brought more emotion to ‘The Dolls’ than the building’s wailing widow littering the streets below them with pots and pans in the throes of a nervous breakdown, My Brilliant Friend promises to be an authentic period piece, detailing the complexity of human relationships and how they are informed by their past and present circumstances.