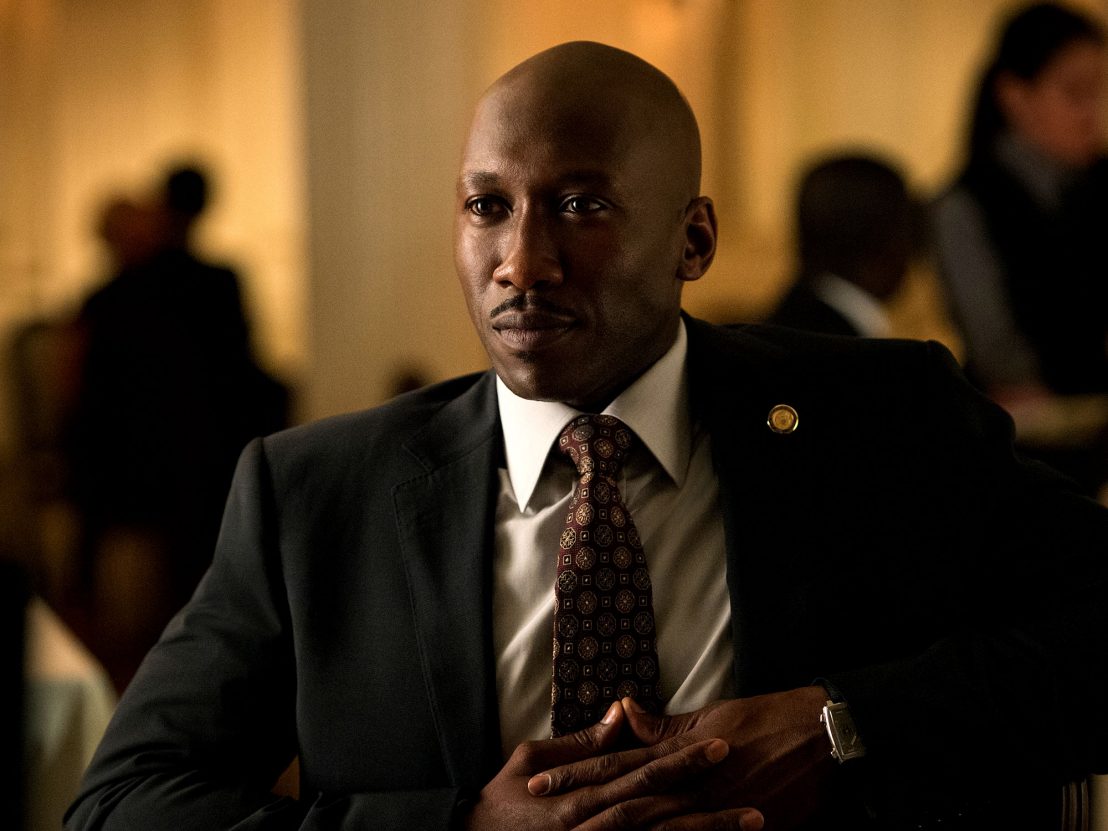 In February, 2016, actress Diane Ladd chided the “greed and corruption” of the studios who strategically placed Carol’s Rooney Mara and The Danish Girl’s Alicia Vikander in supporting categories in order to secure them nominations amid a highly-competitive lead actress field. Her frustration is understandable. How are true-blue supporting actors like Ladd, a three-time Oscar nominee and veritable patron saint of character actors, supposed to gain wider recognition when more and more stars are being shoehorned into a category created for those who traditionally go unnoticed? What does it even look like today when an actor offers real support to a movie or TV series, especially in an industry that posits obvious lead performances as canonically supporting turns?

In light of this frustrating trend, it is telling that one of the year’s standout performers has forged a distinctive career as an expert supporting actor. This year alone Mahershala Ali has lent his considerable talents to a staggering eight projects across film and television, including the Oscar-tipped Moonlight, the upcoming biographical drama Hidden Figures, the fourth season of House of Cards and Marvel’s hit Netflix show Luke Cage. If you weren’t already familiar with his supreme acting ability, you should be by now.

Not that Ali has previously been invisible. In 2001 as a fresh-faced Tisch graduate – still going by his full name Mahershalalhashbaz Ali – he made his breakthrough in Crossing Jordan before later landing meatier parts in the likes of Alphas and Treme. But it’s probably fair to say that Ali has flown under the radar for much of his film career, even when quietly impressing as stoic one-man support systems to Eva Mendes in The Place Beyond the Pines, Jennifer Lawrence in the final Hunger Games chapters, and Taraji P Henson in The Curious Case of Benjamin Button. David Fincher’s era-spanning epic afforded Ali an especially fruitful onscreen partnership so early in his film career, as he and Henson were able to create a lived-in married couple without having a full scene to themselves.

It’s a pleasure, then, to see Ali and Henson pick up right where they left off in Hidden Figures, a rousing historical crowdpleaser in which Henson plays genius mathematician Katherine Johnson, one of the long-unrecognised black female pioneers who aided NASA in the Space Race during the 1960s. As her longtime husband, Lt Colonel James “Jim” A Johnson, Ali is once again given only a handful of scenes in which to convincingly inhabit a character who serves as the lesser-seen half of a fated couple. The part may have been written as a standard knight in shining armour, but crucially Ali only ever plays the man inside the suit.

Ali is even more impressive in Luke Cage, where he manages to carve out plenty of space in which to bring the show’s central villain to life. As Cornell “Cottonmouth” Stokes, a deeply corrupt mover and shaker who comes to blows with Mike Colter’s titular superhero on the streets of modern-day Harlem, Ali crafts a multilayered antagonist within a genre whose mammoth commercial success rarely hinges on in-depth character work. Luke Cage is that rare thing: an uncommonly expressive and culturally-specific entry into the comic book genre, a thrilling adaptation whose creator Cheo Hodari Coker actively seeks out moral complication and political insight rather than painting over any such thematic nuance with high-gloss special effects. 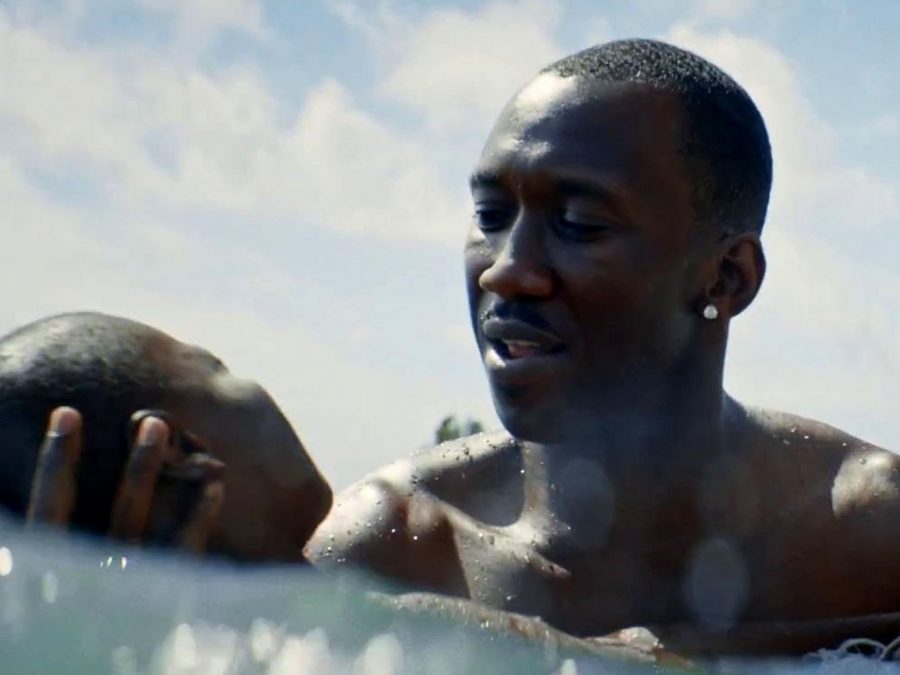 Ali imbues his character’s arc with a melancholy undertow that inevitably refocuses this portrait of remorseless criminality into a story about unfulfilled promise and rupturing familial bonds. The indomitable Alfre Woodard arrives early on in the show’s first season as Cottonmouth’s morally-murky congresswoman cousin, Mariah, and immediately conducts a nervy pas de deux with Ali. Watching these two characters circle and provoke each other, it’s hard to tell what’s more impressive: watching an undeniable heavyweight like Woodard bite into this prime-cut of a part without sacrificing a single ounce of humanity, or realising that Ali is every bit her acting equal.

And then there’s Moonlight, Barry Jenkins’ miraculous new film which charts the evolution of young gay black man named Chiron as he comes of age over the course of three decades in and around Miami, Florida. Praise has already been heaped on just about everyone in the film’s stellar ensemble, from the fiercely-committed Naomie Harris as Chiron’s junkie mother to Trevante Rhodes and André Holland, who meticulously telegraph a profound and heart-stopping romance as adult versions of Chiron and his estranged friend/lost love, Kevin. But it’s Ali as local drug dealer Juan, who takes a nine-year-old Chiron under his wing, who delivers arguably the film’s best performance.

Appearing only in the first of three vignettes, Ali is tasked with creating a complex and compelling father figure who casts a shadow over the rest of film, inspiring our young protagonist to gradually mould himself in his image. Ali’s performance is one of immaculate technique, culminating in a moment of raw heartbreak in which Alex R Hibbert’s “Little” Chiron confronts Juan about the truth of his occupation. An entire movie of self-discovery is projected from Juan’s gaze whenever he looks at “Little”, and his character reflects one of the foundational truths of Moonlight – that identity is not a point of arrival, but a journey.

As his relationship with Little escalates, Juan’s speech, at first almost lyrical in its low-pitched confidence, becomes slower, more hesitant, culminating in Ali’s last scene, a moment of raw heartbreak in which Little confronts Juan about the truth of his occupation. The equanimity disappears from Ali’s face, revealing the creased concern of an increasingly-invested father figure, unprepared but doing his best to improvise during an awkward situation. There is an entire movie of self-discovery projecting from Juan’s gaze whenever he looks at Little in this and every scene. Juan’s character reflects one of the foundational truths of Moonlight — that identity is not a conclusion, but a journey — and Ali’s performance ensures that we perceive Juan’s more guarded but no less enthralling journey in addition to Chiron’s.

Thankfully Jenkins is not interested in laying out the clear-cut reasons why Juan takes such a transformative interest in Chiron, and neither is Ali. There are certainly blank spaces within our knowledge of Juan, but Ali never tries to fill them in or compensate with any bold emotional affectations that would certainly betray the character. In fact, the performance is bolder precisely because Ali works within such a restrained register that feels absolutely true to Juan, preserving an air of mystery around this man that pays richer dividends later on in the film, in the moments when his memory rushes back like a strong sea breeze. When he departs, we miss him not just for Chiron’s sake, but because there is still so much we long to know.

Throughout all of these turns, Ali exhibits so much talent, resourcefulness and dashing, mega-watt charisma that it’s something of an embarrassment that no one in Hollywood has made him a matinee idol yet. He has triumphed as a supporting actor this year not by resigning himself to second-fiddle status or self-servingly stealing the show, but by fostering deep-rooted connections with the actors in his company and making every single moment pulse with resonance, no matter the size or stakes. That is what real support looks like. That is the Mahershala Ali way.