Who should play the Genie in the live-action Aladdin?

Will Smith is reportedly in talks to take over from Robin Williams in the iconic role. 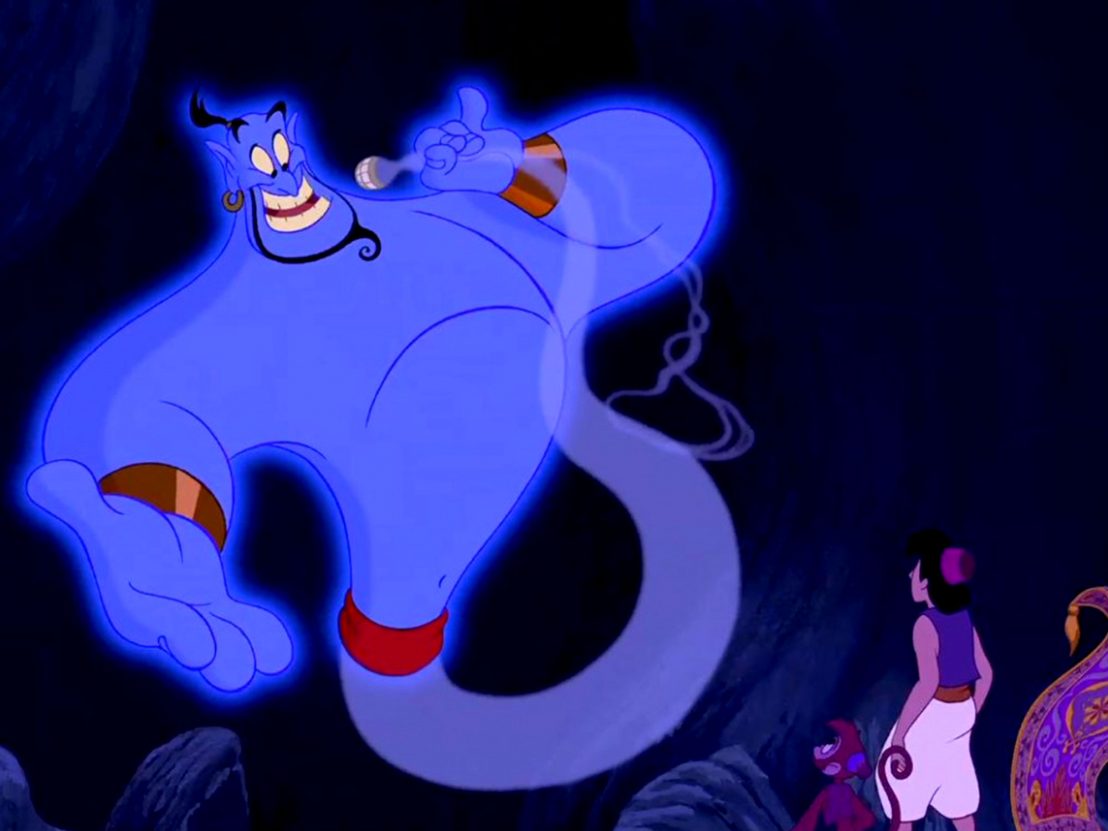 When we think of Disney’s beloved 1992 animation Aladdin, what instantly jumps out is Robin Williams’ knockout performance as the Genie – a shapeshifting magical entity summoned to unleash 10,000 years of madcap, pent-up energy. Perfectly suiting Williams’ restlessly riffing comedy schtick, the Genie is among the late actor’s most iconic roles.

When the Guy Ritchie-directed live action remake of Aladdin was announced in 2016, there was instant speculation as to who would replace Williams. The public grief over Williams’ death combined with his incredible performance means that whoever follows him faces a massive task. But it sounds like the film’s producers may just have found their man: Will Smith is in talks for the role.

Although Smith is undeniably charismatic, he wouldn’t be our first choice. Recent roles in Suicide Squad and Collateral Beauty have seen him play reticent, troubled characters. The makers of Aladdin will surely be hoping he can bring the same goofy energy we first saw back in his Fresh Prince days.

So, who might be a better fit for the Genie’s lamp? Comedian Eric Andre has proven himself a charismatic and totally unpredictable master of the ceremonies in The Eric Andre Show. He is used to providing the unscripted, spontaneous humour that made Williams’ Genie so memorable, and his uncompromising brand of black comedy could make the role his own.

Ilana Glazer is another comedian with the charming, high-energy chops to take on the role — plus she would style out Genie’s gold hoops and wrist cuffs. Or perhaps, assuming the filmmakers are keen to recapture the ’90s feel of the original, Jim Carrey could channel his uniquely hyperactive Mask-era style of physical comedy.

However, given the recent advances in CG technology, it would be surprising if the producers haven’t considered Williams himself for the role. In the pre-production stages of Disney’s first Aladdin, directors Ron Clements and John Musker animated the Genie performing clips of Williams’ stand up comedy in order to persuade the reluctant comedian that he was perfect for the part. Could Ritchie and co somehow work these old clips into the script, to be spoken by a digitally-resurrected Williams?

No matter who is cast, Williams will loom large over the role. According to Vulture though, Richie is looking to put his own stamp on the film. “My stories are really about street hustlers. That’s what I know how to do. And Aladdin is a classic street hustler who makes good.” Will Vinnie Jones or Jason Statham end up as the Genie? We’ll find out soon enough.

Who do you think should play the Genie? Let us know @LWLies