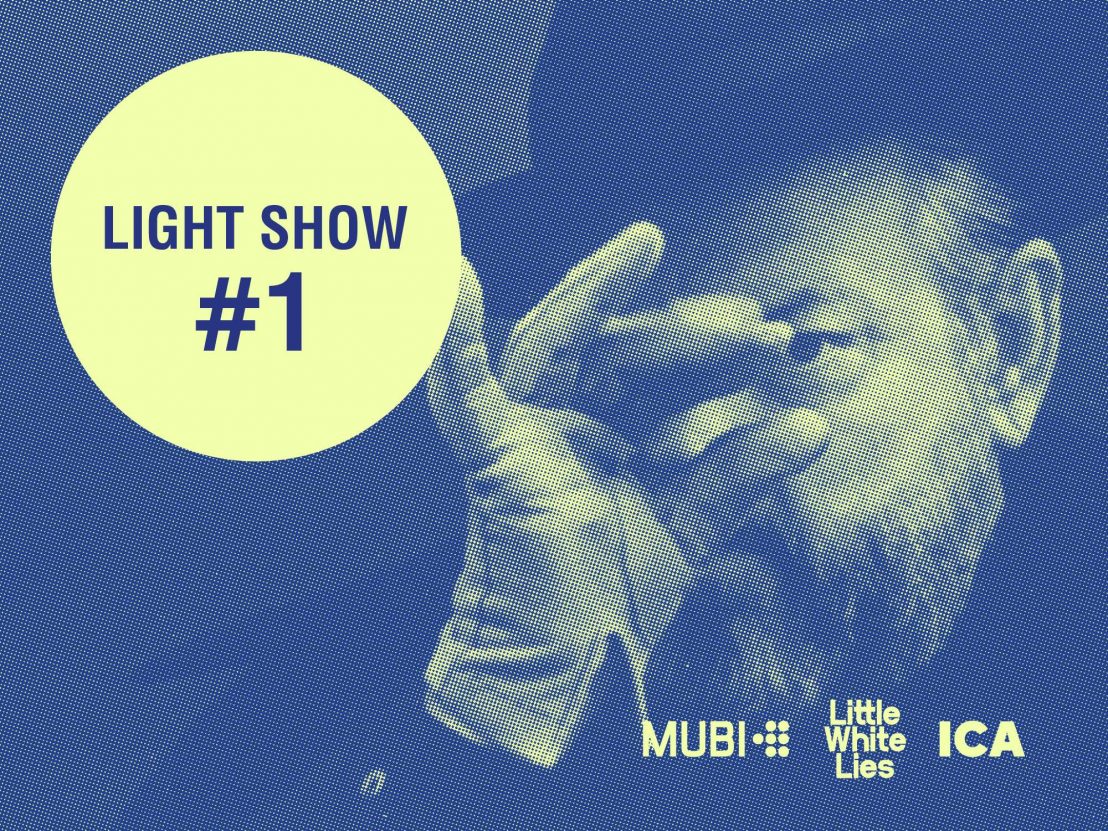 Please walk into the light – MUBI, ICA and Little White Lies are proud to present a weekender of movie masterworks screened on glistening 35mm celluloid. The films we have selected are all outliers in some aspect or another. They are all the product of genius directors looking to capitalise on the possibilities of this young medium.

They ask not what cinema can do for them, but what they can do for cinema. And even though each title offers a deeply personal insight into the inquiring, philosophical, playful and subversive minds of their maker, they also speak about cinema itself. What does it mean to make a movie? To create a world? To build a person?

The line-up includes: Jacques Tati’s dance through the Paris of his dreams in Playtime; a devilish treatise on truth in Orson Welles’ F for Fake; an eccentric, soul-searching confessional in Agnés Varda’s The Beaches of Agnés; and a Limo-ride through the history of cinema with Leos Carax’ Holy Motors.

A masterpiece that towers above them all, Jacques Tati’s Playtime is a film which rejects narrative in an attempt to emulate the sights, sounds and smells of a modern metropolis. It’s an immersive VR experience 50 years before VR existed. In this stunning, panoramic opus, Tati’s trademark character – the pipe-smoking greenhorn M Hulot – arrives in a Paris that’s been enmeshed with glass and steel, clean lines and cold hearts. It’s a lament for the partitions we build ourselves in the name of progress, and the emotions we forget to use while disconnected from the convulsive bustle of life. See it and swoon at a handmade epic like no other.

There is nothing out there like Daisies, Vera Chytilová’s controversial anarcho-feminist riot from 1966. The film sees two women on a mission to smash up the world before nuclear bombs fall and take care of the job for them. It is a psychedelic miasma of colours and shapes, and is wholly emblematic of the unheralded director’s combative and discordant style. The grand finale, in which our heroines engage in a prolonged food fight – a not-so-veiled attack on bourgeois decadence – has to be seen to be believed.

And for his final trick, that old raconteur, huckster and magician Orson Welles draws us into his tangled web of intrigue and lies in the dazzling F for Fake. Welles himself, while making merry on the isle of Ibiza, introduces us to master art forger Elmyr de Hory, as well as hoax biographer Clifford Irving, and in doing so, asks his audience to question the veracity of everything they see and hear. Fiction and documentary is mangled and inter-spliced, and Welles’ game is to remain one step ahead by never assuring the viewer which is which. This is cinema as a dazzling parlour game, and it’s also one of the best edited films ever made.

Buy tickets for F for Fake

It’s both head-spinning and brilliant that the French icon Agnés Varda picked up an honorary Oscar this year, in recognition of her life’s work. This feels fitting, as she is a director whose films refuse to fit into the comfortable categories set out by the Academy. This ambling auto-portrait from 2008 is the perfect gateway drug into the wonderful world of Varda, touching on her hopes and anxieties, her past and her future, her loves and her losses, and it even includes a short sequence documenting her attempt to sail, single-handed, up the Seine in a fishing boat at the age of 80. Truly an inspiration for us all.

Buy tickets for The Beaches of Agnés

Leos Carax: dreamer; cinephile; over-reaching fabulist and chain-smoking torchbearer for the artistic ideals of the Nouvelle Vague and the cinéma du look. With Holy Motors, he has made a film that is worthy of his esteemed reputation, and it is a rare privilege to be able to screen it on 35mm. Though tempting to try and describe exactly what this film is, it’s far too rich, mysterious and playful to index in such a cosy fashion. It is a loose-leaf odyssey that flies in the face of easy interpretation, following Denis Lavant as he assumes a number of surreal guises as Monsieur Oscar, a man who travels through the Paris night in a white stretch Limo, looking for a way to fit in.

Light Show #1 runs 8-10 at ICA London, with the support of Creative Europe – Media Programme of the European Union. For more info and to book tickets visit ica.art