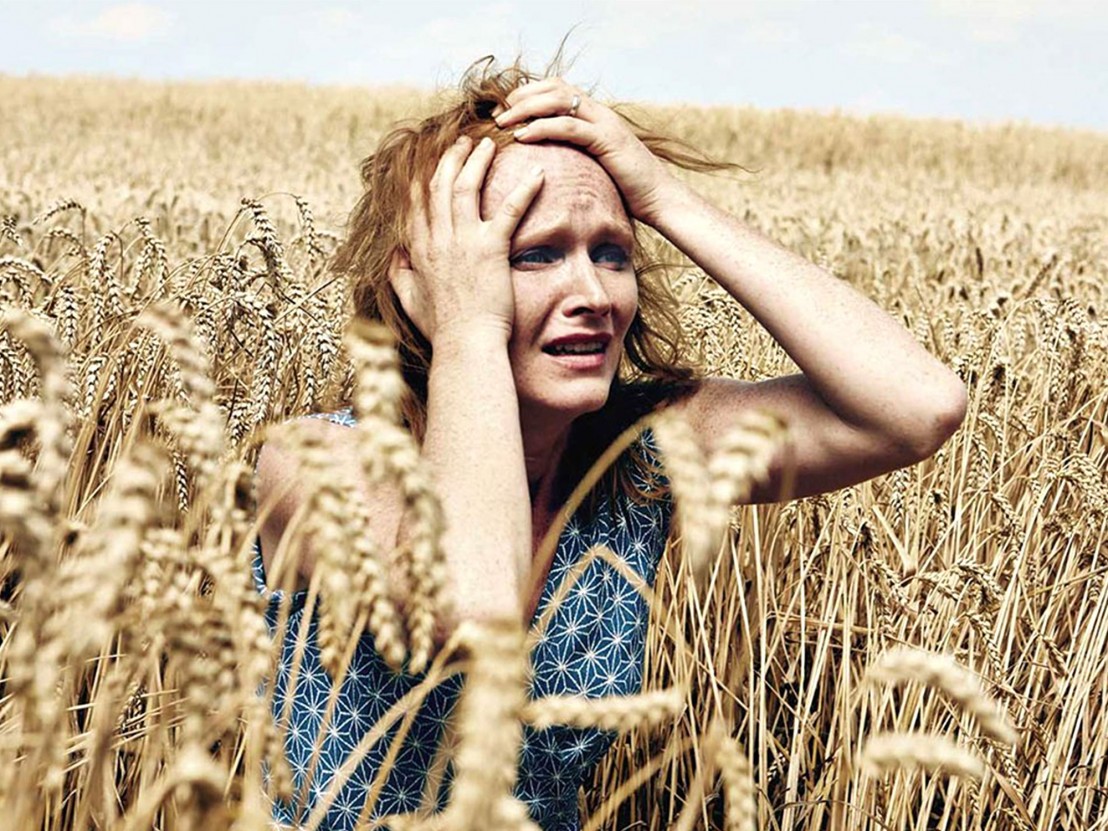 It’s 1.30am in the Small Hall in the Hotel Thermal which acts as HQ for the Karlovy Vary International Film Festival in the Czech Republic. The Small Hall, as is the way of these things, is actually pretty big. Still, it is so full that there are people sitting in the aisles, and wall space is at a premium for the precious lumbar support it offers. Onscreen a Japanese man comes face-to-face with a grisly-looking zombie and a guy with dreadlocks near me lets out a dorky laugh. Everyone else laughs too, partly at the zombie whose head has now exploded, partly at Dreadlocks’ laugh.

Arguably the scene isn’t much different from Midnight Madness screenings everywhere – a predominantly young, somewhat buzzed crowd showing up for sicko genre kicks after all the more discerning (read: stuffy) olds have headed for home for a nice Horlicks. But the difference in Karlovy Vary is that the age profile of the crowd, the fullness of the cinema, and the general vibe of good-humoured, participatory excitement, is not confined to these Midnight screenings. All the public screenings, even of obscure stories of alienation in rural Estonia from first-time directors, are full, and the vast majority of the attendees seem to be in their twenties. Ironically, one of the oldest festivals in the world has one of the youngest profiles.

It’s quite a point of pride: at a shindig I coerce Artistic Director Karel Och, via the purchase of a drink, into telling me the one thing he feels is different about this year’s festival from any others. He thinks about it a while, and tells me that this is the first year (he’s been running the show since 2011) that he has exactly the team he wants in place. Elaborating, he adds, “And they are young. Me, I’m 42 and aside from the Festival Director, I’m by far the oldest person involved.” The youthfulness of the festival comes from the top down.

But it’s also bottom-up. That is ensured by the practise of allowing all comers – mostly students who pack out the nearby festival campsite – to freely occupy any seat left available about five minutes prior to the the film beginning. It’s what guarantees almost every screening is full to capacity – that every film in the broad and deep slate unfurls before the maximum number of eyeballs, and influences the maximum number of minds.

The importance of this struck me this year with greater force than on any of my previous four visits. The last few weeks were among the worst in the worst year for worldwide news and current affairs. For a while, for those of us on the sidelines, it felt like watching some bizarre game of transatlantic awfulness ping-pong, wondering if the UK or the US would be the source of the hideous headline we’d wake up to tomorrow. The feeling of fiddling while Rome burned became so intense as to be almost debilitating: when the world is going to hell, what business does any semi-rational person have hanging out in a sunny spa town and watching movies – even challenging debuts about alienation in rural Estonia?

The answer of course is that there’s no excuse, and also no real alternative except to keep on trying to living the life you want to live while also doing your best to be the change you want to see in the world. And one of the changes that I, as a film lover with an almost limitless faith in the ability of the medium to edify, unite and entertain, want to see in the world is pretty well exemplified by Karlovy Vary’s eclectic, broadminded, inclusive and youthful profile.

The dreadlocked guy with the silly laugh looks up at the screen and times the opening of a smuggled can of beer to a shotgun blast, and I get the most absurd feeling that things might not be so bleak after all. Where there’s millennials at movies, there’s hope.