How to get a job in the film industry

Frustrated by a lack of opportunities? Follow this 10-point action plan and kickstart your career in film. 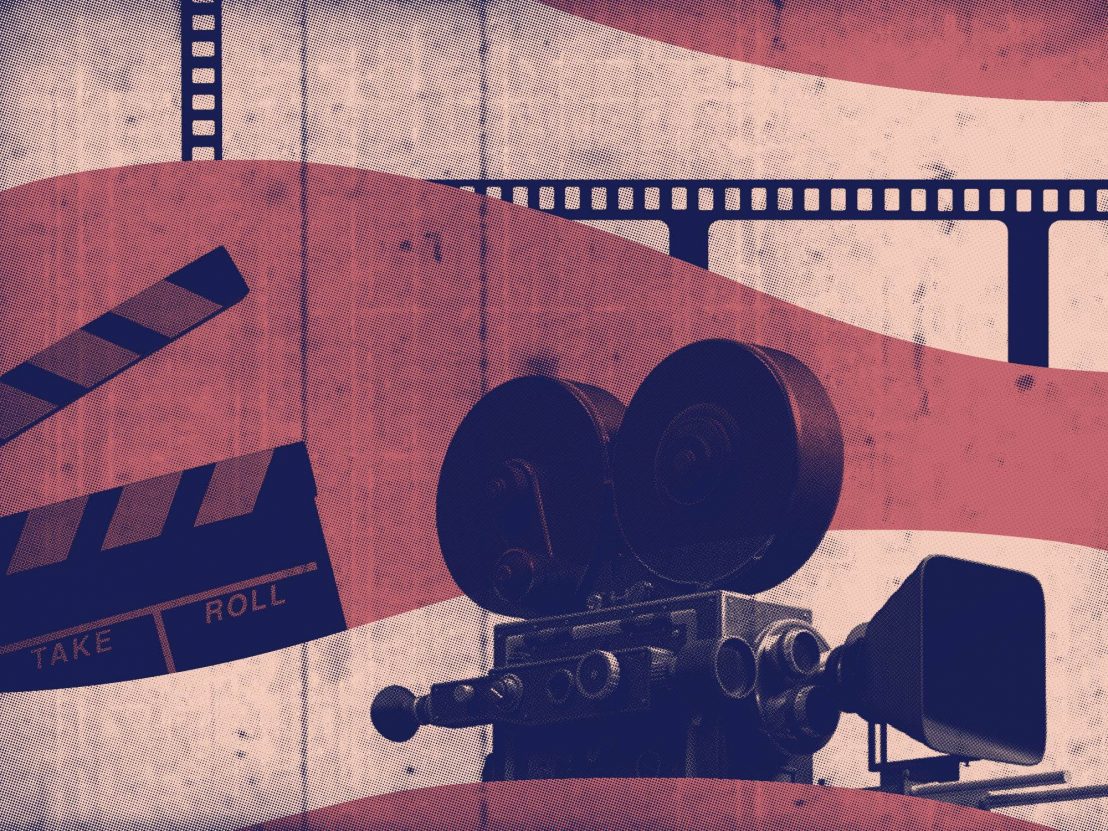 Getting a job in the film industry is hard. Like a lot of creative industries, it can seem impenetrable if you don’t happen to know the “right” people. Many positions are advertised through word of mouth, which is part of the reason why women make up only 26 per cent of the UK film industry, and people from BAME backgrounds just 5.3 per cent of production crews, according to new research by Film and Data Education.

But there is hope for all those who have so far been left frustrated by a lack of opportunities, or simply don’t know where to start. Aware of the obstacles facing young people trying to get a job in film today, the British Film Institute have introduced a £20 million plan to recruit 10,000 new employees, with the promise of filling 30,000 jobs. This recruitment process, the exact details of which remain undisclosed, will be need to be rigorous in order to “reach out to the broadest pool of talent across the UK,” seeking to create a more equal and diverse UK film industry.

A response to costly film courses and unpaid work, the scheme will introduce more developed and varied film education in schools to push practical skills with equipment into realms of accessibility for all. An online creative hub has also been promised, to function as a “trusted and reliable careers information service,” connecting more young people to Bafta Guru, Into Film and other support organisations, allowing them to apply for upcoming jobs, training opportunities and seek general guidance and information.

LucasFilm is the first big production company to endorse the BFI’s project, taking on 28 paid trainees to work on the as-yet untitled Han Solo project, proudly announcing that “75 per cent of these trainees are women, 45 per cent come from BAME backgrounds and 68 per cent were recruited outside Greater London.” Alongside hourly payment, the new BFI bursary scheme ensures support for their trainees from lower income families who wish to work in film, but could not previously afford to. In light of the BFI’s 10-point action plan, here are some essential steps you can follow to kickstart your career in film.

In the digital age, there’s no excuse in not being able to reach out to companies and make yourself known. Emailing talent agencies like Hamilton Hodell and United Agents, or Regan Management and Piccadilly Management for offices outside London, could get you rubbing shoulders with the right people. Check out the Casting Directors Guild for casting directors looking for assistants, production companies like Focus Features, studio spaces like Pinewood and post production houses like Envy and Technicolor for the latest internship opportunities.

Further to this, many of London’s top production companies recruit their aid from Soho Runners and Tiger Aspect offer nine-month contracts to their runners alongside an intensive trainee scheme. Adapt your CV appropriately for each job you apply to, and while you may land a job in a sector outside your ultimate goal, you’ll gain experience and knowledge of working in the industry, as well as an expanding set of contacts.

Applied for an internship and didn’t get it? Applied again and still got rejected? Like in any creative industries, you’ll find many closing doors along your way. Reapplying for positions shows persistence and passion. There are a lot of different jobs in film: editors, directors, writers, producers, showrunners, agents, casting directors, art directors, publicists, the list goes on. Apply for everything and anything that interests you to increase your chances of employment and to gain a broader understanding of the industry as a whole. Online creative hubs such as My First Job in Film, Mandy, Shooting People are constantly posting upcoming positions in all sectors of film across the UK. These are also great sites to use when looking for crew for your own shorts.

The UK boasts film festivals across the year, so there are plenty of opportunities to volunteer. Working at festivals like London’s East End Film Festival, Raindance and the BFI London Film Festival are great ways to meet other likeminded film enthusiasts and build creative connections. Executive Assistant at Lionsgate, Annie Lothian, tells LWLies that festivals were her entry point into film: “At first I found it difficult to get even entry level jobs to respond to me or to get an interview. Taking unpaid work is a good way to make contacts and how I ended up in the job I’m in now. It can sometimes seem like a never ending cycle of unpaid work, but once you finally have your foot in the door it becomes a lot easier to get people to respond.” Check out the British Council Film Festival Directory to find out which festivals are taking place near you.

The UK is full of creative talent, but it’s important to remember that everyone has to start somewhere, and that somewhere won’t necessarily be where you end up. Even top directors have paid their dues at some point. While taking unpaid work is fine when starting out in film, it’s vital not to let yourself be exploited. Be wary of working for free for an extended period of time. See Arts Council’s handy guide to internships in the arts for what to do if you think you’re being exploited.

One route to on-set work is being an extra. Although not exactly behind the scenes, extra work will provide insight into working in film production – and may even help to connect you to the right people. Anyone can be an extra, thanks to the likes of Universal Extras, Casting Collective and 2020 Casting. Simply submit a few photos of yourself along with your skills and physical attributes. You’ll be requested to work on projects shooting near you, and the pay isn’t half bad either.

Amid all the running, volunteering and part-time jobs, never lose sight of why you joined the industry and take the time to build up your portfolio. If you want to be a director, get out and shoot with any camera you can get your hands on (your phone will do); if you want to write, get writing! Build a small crew with connections you’ve made along the way, or professional connection sites such as Hiive, The Dots and LinkedIn.

You don’t have to have a film degree to work in film, but attaining and maintaining cinema literacy is a must. There are endless film courses offered at places like Brighton Film School and National Film of Television School, and for a less costly option there’s the BFI Film Academy, aimed at 16-19 year olds, offering practical, hands-on experience in filmmaking for across the UK for only £25.

Another excellent source of education is Masterclass, an online course consisting of lectures from industry experts. For £95 you can get over 30 classes on screenwriting with Aaron Sorkin or lectures on film scoring by Hans Zimmer, with the chance to upload videos to get class feedback and critique. If you don’t have the time or money to commit to a course, there’s plenty of useful tutorials on YouTube and other video-sharing platforms. Check out DSLR guide, Film Riot and Filmmaker IQ for endless tips and how-to guides on editing, lighting, shooting, special effects and more.

Often what stops people going out to film is money, but if you have a project in the works, why not try and raise some money for it?  Check out the BFI Film Fund, which supports emerging directors, and London Calling, which commissions at least 20 short films and awards up to £15,000 for BAME filmmakers. A simple way to try and secure funding for your latest project is by using sites such as Indiegogo and Kickstarter. Spread the word about your latest project among friends, family and social media. Make a separate page for your film and generate buzz. What’s it about? Where will you shoot? Who are the team working on it? Crowd-sourcing and fundraising can be more effective if you give something back to your donors, perhaps a preview screening of the final cut, or a thank you credit at the end of the film. Don’t let money restrict you creatively.

After volunteering, interning and working on set, you’ll eventually build a network of people with the same drive and ambitions as you. Film is all about teamwork, and finding an aspiring writer, or composer or editor along your way will benefit both you and them when building a portfolio. Placing yourself around the right people will lead to great and broader opportunities. Give help, and you’ll always receive it back.

If you’re proud of your latest film project, why not submit it to a competition or festival? This will expose your work to a broader and potentially more international audience, and may even attract interest for further funding. Damien Chazelle, director of Whiplash and La La Land, initially had difficulties securing funding for his feature-length debut, so instead shot a film from the script and submitted it to Sundance, where it won the Short Film Jury Award.

The BFI have put together a list of national and international Film Festivals for young filmmakers, and also check out this  list of Bafta recognised Film Festivals that you could submit it. The same protocol goes for all the writers out there, submit a script to the BBC writers room or the Blue Cat screenplay competition offers written analysis too all script submissions!  If you think your work is ready, why not sign up and submit to The Black List, the leading network of script writers with incredible success stories. Topping the 2016 list was first time-screenwriter Elyse Hollander’s Madonna biopic Blonde Ambition, which has now been purchased by Universal.

There’s no set path to a successful career in film, but a little perseverance and a lot of passion can go a long way. Explore the industry and try out different sectors along the way, but focused on your ultimate goal, whether it be as a writer, a director, in casting or in talent, your opportunities are endless, so don’t be afraid to explore them all.

If you have any tips or advice for getting into the film industry, share them with us @LWLies