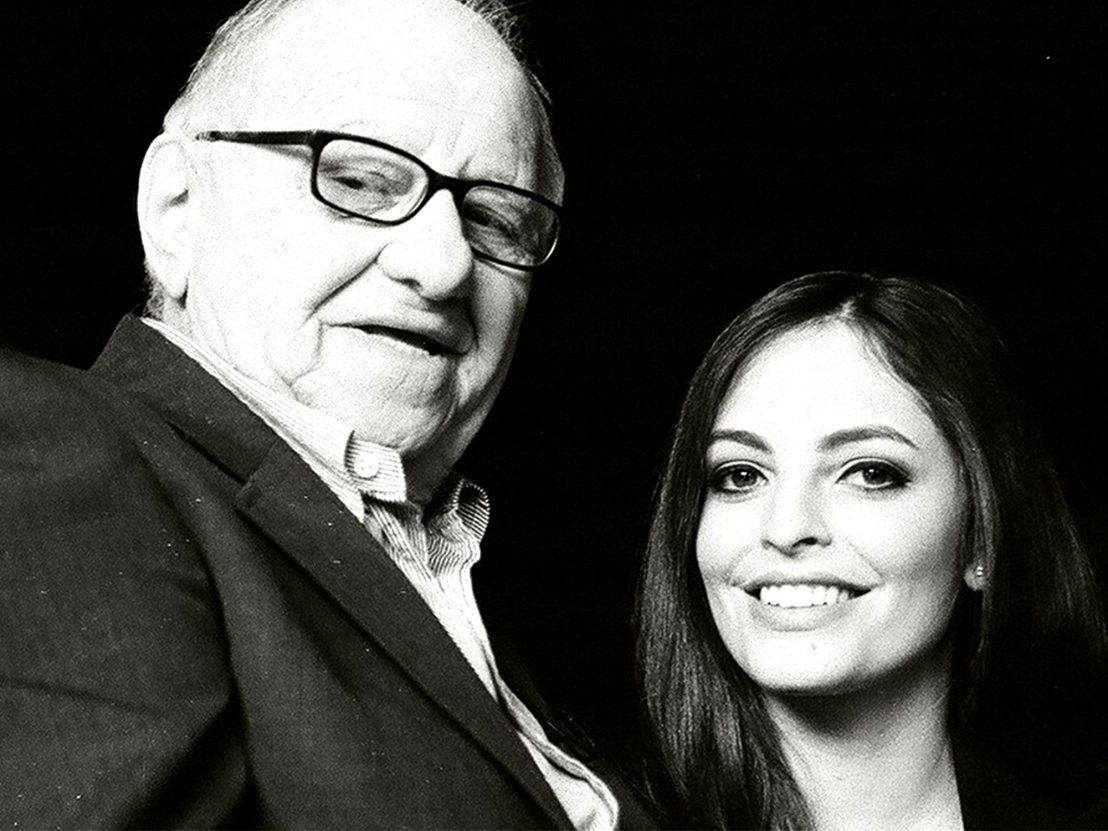 This Holocaust Memorial Day, Surviving Auschwitz: Prisoner 84303 aired on UK television. The bulk of my adult life has been spent pursuing creative endeavours, but I can say, with absolute certainty, that this is the most important thing I’ve ever been involved in. The film is a short documentary about my grandfather, Zigi Shipper, who survived the Holocaust and now spends his days sharing his testimony in schools up and down the country. Finally, his story has been captured for posterity.

At school I can remember being asked to write a piece about the person I most admired and the choice was obvious. As I embarked on a career in journalism and Zigi addressed the England football team before they departed for Euro 2012, and hobnobbed with politicians and royalty at charity events, I began to write about him in a more professional capacity. Eventually, in typically forthright fashion, he asked me: “When are you going to write a book about me?”

It is something I had long wondered myself, but something about it didn’t sit right. Anyone who has ever had the privilege of sitting in the room while this genial, fun-loving man recounts his story of endurance during the last century’s darkest days without a trace of bitterness knows that no writer could ever hope to capture his charisma. Any book would have to be written in his own words and, with that in mind, surely a different medium would seem more appropriate.

Around the same time, I stumbled across a Jewish film fund online offering money to make a short documentary. With a director friend of mine, Vaughn Stein, I put together a pitch about Zigi and was surprised to hear nothing back. I asked Vaughn how much we needed to make the thing and he insisted £10,000 would be enough since he had enough friends in the industry who’d be willing to work for a reduced rate on something of such importance. We created a Kickstarter and were overwhelmed by the level of support from the many people whose lives have been touched by Zigi; we reached our target within a few days.

Olivia Wayne, a Sky Sports News presenter who sees her Jewish heritage as being of the utmost importance, agreed to come on board as Zigi’s interviewer and the three of us spent hours chatting to Zigi at his bungalow about anything and everything related to his life. We recorded hours of audio footage and I knew, even if the film was never made, that we had done something worthwhile in capturing his testimony.

Our first major creative decision was to shoot in black-and-white and eschew any archival footage of the camps. Such images are undeniably haunting but, hearing Zigi speak, what comes across is his optimism and love of life. This was simply about trying to reproduce the experience of sitting in a room and being addressed by the man rather than a didactic approach. The name had to be 84303 after my grandfather informed us that he will sometimes forget his PIN number and start to type in the number that the Nazis reduced him to a lifetime ago.

Stalin claimed, “The death of one man is a tragedy, the death of millions is a statistic” and we felt we had to show the significance of these events on just one person to give a sense of the sheer scale of the tragedy. The film gives as much weight to Zigi’s experiences after the War since his life has not been defined by the horrors he witnessed. We were trying to pay tribute to the victims and the survivors and thus the film is dedicated to our grandparents and those who were not so lucky.

Olivia’s old school was kind enough to let us shoot in their theatre space and it was a gruelling weekend. Zigi was suffering with a cold and, despite a schedule that sees him constantly on the move, he made the unprecedented decision to tell me he was feeling tired late on the Sunday and asked if we had almost finished. Vaughn had the unenviable task of having to ask for a few takes in which Zigi responded to the same questions but there was no element of artifice and the responses were genuine and heartfelt on each and every occasion. The crew were enamoured and crowded round the documentary’s subject at lunch so as to make the most of the experience. The food, incidentally, was provided by Zigi’s daughter (my mother) and she receives a catering credit. This was truly a family affair.

During post-production, Vaughn started work on his feature length debut (the upcoming Terminal starring Margot Robbie, Simon Pegg and Mike Myers) while I was distracted by my first child being born two months early and beginning his life in intensive care. I spent that summer in hospital while finishing touches were put on the film but, fortunately, our son showed some of his great-grandfather’s survival instinct. Names are important to people who have been robbed of theirs and my grandfather is no exception. Our child, the great-grandson of a man who wasn’t sure he’d reach 14, is named Isaac Zigi.