It's good-guy lawyer Mark Ruffalo versus the corporate machine in the upcoming film. 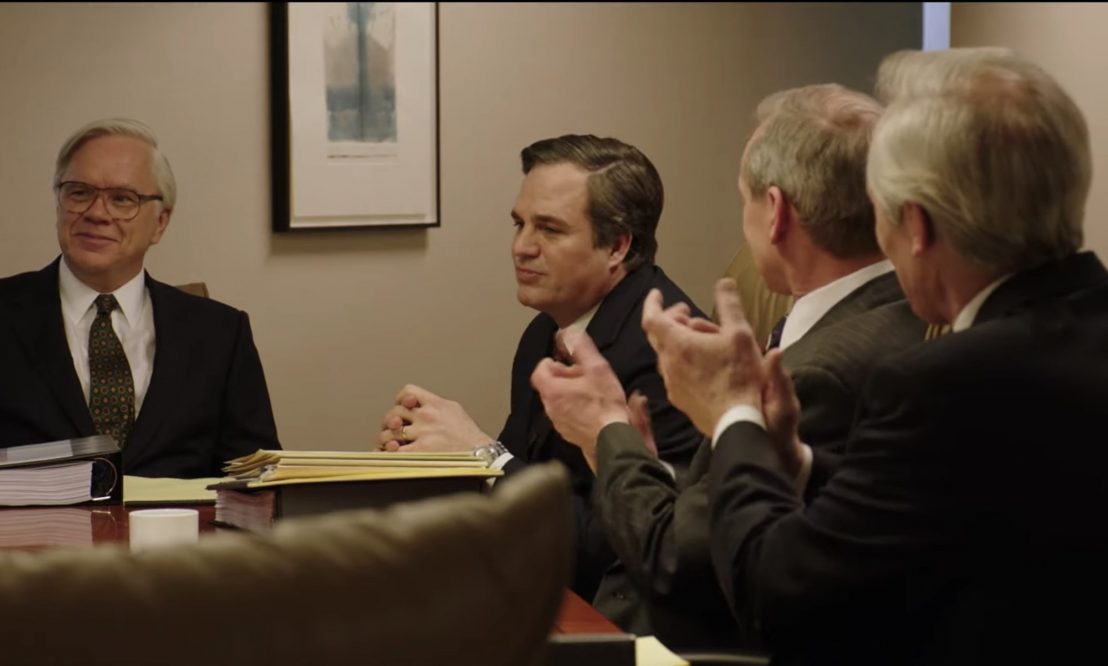 As you may or may not be aware, there’s going to be a new Todd Haynes movie in theaters before the end of the year. There hasn’t been too much commotion about it, aside from on the pages of this esteemed e-publication, but today, the upcoming Dark Waters has sent some ripples (aqueous pun!) out into the film world with its first trailer.

Our initial read of “gender-flipped Erin Brockovich” from the basic outline of the premise seems to have been dead-on, though with the trailer concluding on a shot suggesting a car about to explode, there’s a dollop of Michael Clayton in there as well. Suffice it to say that viewers entranced by stories about lawyers having a change of heart and defending the little guy against corporate oppressors will be satisfied.

Mark Ruffalo leads the charge as an attorney working for Du Pont Chemical, who realizes that his job may involve some measure of ethical compromise after it comes out that his employer has been poisoning a rural town. As he takes up a nobler cause, the trailer hits all the requisite beats: threats from legal representation (William Jackson Harper makes a brief appearance, riding high after Midsommar earlier this year), haughty discouragements from the executive higher-ups (Victor Garber and Tim Robbins), supportive speechifying from his dutiful wife (Anne Hathaway).

The trailer, particularly the snatches of script included therein, gives the impression of something a bit more pedestrian than usual for master stylist Todd Haynes. But his work has always been difficult to advertise, and he’s also regularly excelled when working in a more mainstream straightforward mode, so there’s ample cause to withhold judgement until we can actually get eyes on this thing.

Pundits concerned with such things have already started up chatter about the film’s Oscar chances, whether it could be a late-stage contender for major prizes with its timely messaging (the people of Flint, Michigan still don’t have clean water) and star turn from Ruffalo. Though he does look to be returning to the harried justice-chasing that got him a nomination for Spotlight, the trailer scans more as fodder for the likes of This Had Oscar Buzz than an actual awards horse.