The Irish star opens up about his most recent and upcoming projects. 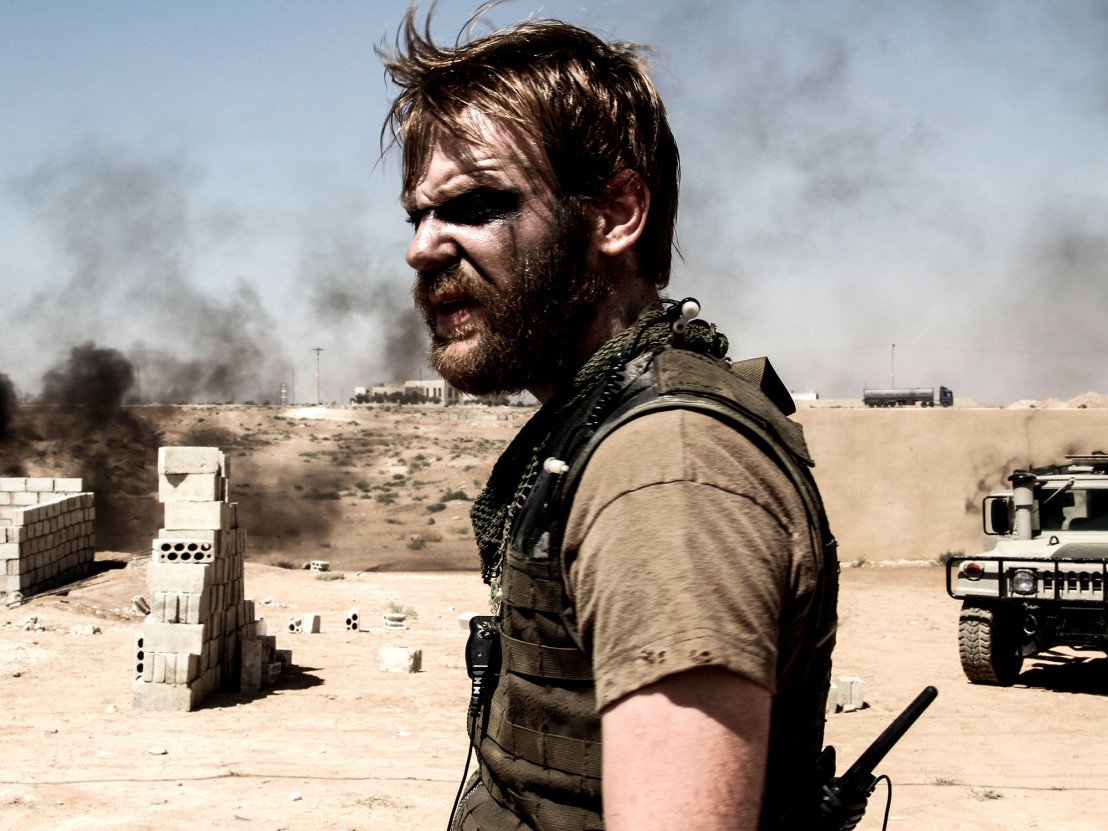 We recently caught up with actor Brian Gleeson on the set of Logan Lucky, the (no-doubt) glorious return to feature filmmaking by Steven Soderbergh, where the main topic of conversation was a new indie drama called Tiger Raid, a two-man journey into the heard of darkness (Iraq) to take care of a kidnapping. We also couldn’t help but ask him about the school plays he was in, and his part in an as-yet untitled upcoming Darren Aronofsky project.

LWLies: What was it that initially got you into acting?

Gleeson: I’m lucky. In secondary school I had a couple of really good teachers, and there’d be a lot of school plays and stuff as well. Just that buzz of being on stage you know? It was those first plays that gave me the bug. But obviously it was in the family so I was kind of around it too. They didn’t say be one thing or the other, to do whatever I felt.

What was your first role in a school play?

There were a couple I did early on that I can’t remember. But there was Charlie and the Chocolate Factory at the start of primary school. I played Charlie, I sang the songs and everything. It was great, we put it on with the whole school. It was a real buzz, even at that age. Especially at that age. It was kind of clear even at that age that it was something I wanted to do.

What it is you look for in a script?

Scripts can be difficult to read because they’re a blueprint for a film. They’re not a novel. So anytime you read a script straight through and think ‘that’s something worthwhile’, it’s a good feeling. With Tiger Raid, it starts with two Irish guys in a Jeep on a mercenary job talking about the Good Friday Agreement, so it’s already kind of incongruous and weird. So it seemed like a really different idea.

Tiger Raid has got to be the smallest cast you’ve worked with. How did it compare to your experiences with larger casts?

There are pros and cons to each film. It was a three week shoot so it was very short, but I loved every second of it. It was myself, Damian and Sofia, and we just had pages and pages of dialogue we had to get through every day. A lot of it was in the truck so we were just driving around and soaking it all in. So it was really enjoyable, it was three weeks but I always feel like I’m there a lot longer you know. I think that’s a good thing though, it’s very rewarding work. The Jordanian crew were really great and we had a lot of laughs. It was a very hard working day, there were a lot of errors but we kind of went for it being as it was a three week shoot there was a lot to get in.

Was it all scripted, or was there any improv at all?

I think what you see on screen is what’s in the script. We did do a lot of improv in and around scenes. You know like before we’d let the camera roll, and then we’d go into the scene and then we’d keep going. It involves living in the characters a little. But yeah, as far as I remember all of the script is there. We did do improv before and after just to help us get into the zone.

Your character Joe is very multi-layered. Is he very different from other characters you’ve played?

My job [as an actor] is try and make them different, but I don’t think I’ve ever played anyone that crazy. His whole connection to reality is kind of tenuous at best, so it’s real edge-of-the-seat stuff. He doesn’t know what he’s going to like next, so it was definitely very different.

How are you finding shooting Lucky Logan with Steven Soderbergh?

It’s great, very chilled out. We’re shooting in Atlanta, Georgia and everyone’s very happy. But yeah, it’s a very chilled out kind of set at the moment. It’s just been a joy really, it’s been great.

I don’t live in the States so everything has to be sent in. It just happened like that really. I don’t film any of them (my audition tapes) for the sake of it. You have your camera and you have your video tape, and if you don’t know if you’re going to forget things or not you note things down and you’ve just got to do the best you can. You can never know if you’re going to get it or not. Just get a good camera and do the best you can. If they like you they like you.

You’ve recently worked with Darren Aronofsky – how much can you tell us about that?

Oh I can’t tell you anything! No, I can’t even tell my agent. My agent laughed because we got sent photos and they had to sign off on it. It was the first time we’d seen anything about the film. They were trying to find out, they were quite clearly looking at the pictures trying to figure out what the hell we were doing. But you know, he really is a unique film-maker, and I think retaining that element of surprise is going to be worth it. I mean, god, when it’ll be out, I have no idea. I didn’t do a huge amount on it. We shot in Montreal, and Domhnall my brother is in it as well. I just went there for a little bit and did my work on it, so I don’t even know what they’re going to do with the rest of it. So I’ll be as surprised as anybody. 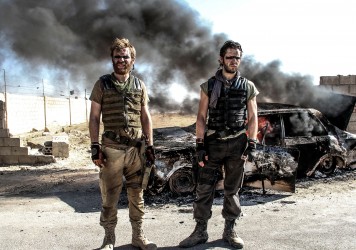 Simon Dixon’s mercenary drama is liberal with the bullets but fails to hit gory glory.