With its sympathetic monsters and distinct visuals, this 2002 sequel is the director’s most underrated film. 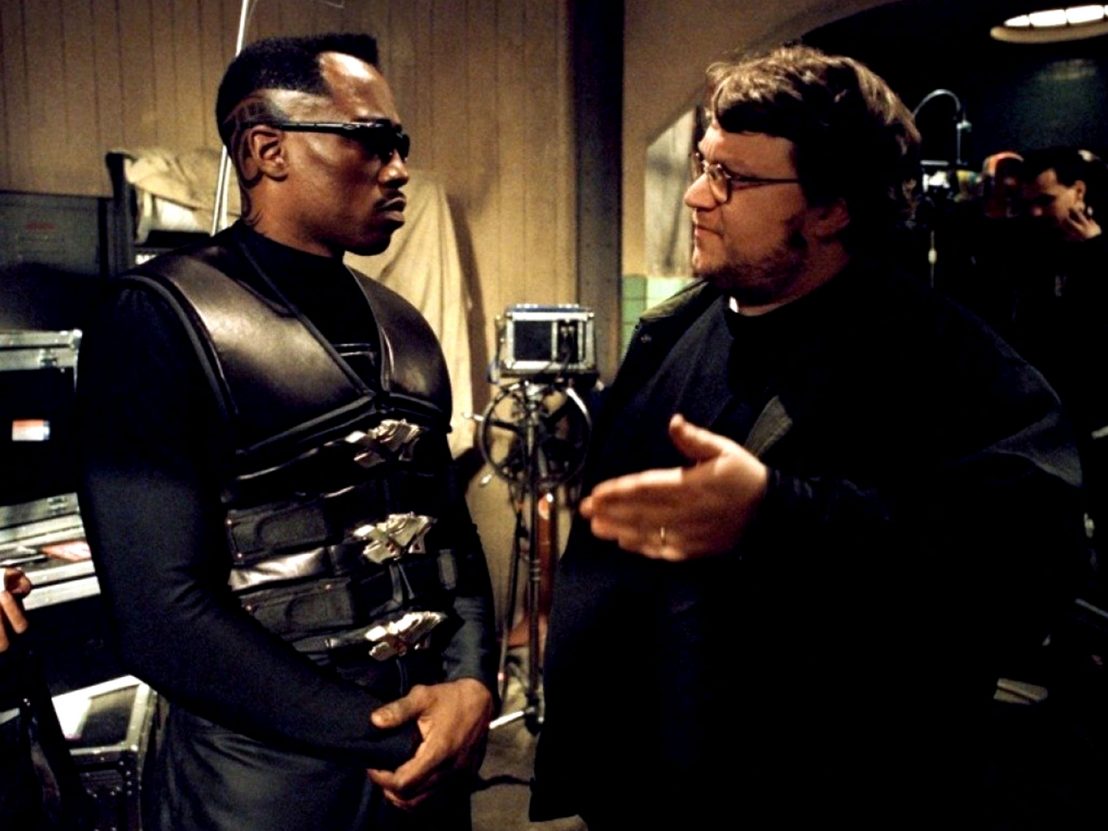 While X-Men and Spider-Man are often credited with making comic book movies cool, it was really Blade that started the trend. While the genre had successful outings throughout the ’80s and ’90s, it also churned out duds like Barb Wire, Spawn, Steel and The Phantom with alarming regularity – even the Batman franchise shot itself in the foot with the Joel Schumacher fiasco Batman & Robin. Blade was the outlier, deftly sidestepping the campiness that had spoiled so many adaptations while turning an obscure comic into an era defining action movie.

Blade’s success guaranteed a sequel, and Guillermo del Toro was hired to direct. The Mexican filmmaker had a rough time with his first English-language effort, Mimic, a stylish but flawed horror movie where del Toro found himself tormented by producer Bob Weinstein, who tried to fire him midway through production. While del Toro’s career has almost been defined by jumping from big-budget fare (Pacific Rim, Hellboy) to smaller, more personal films (The Devil’s Backbone, Crimson Peak), he doesn’t discriminate between them. To him, a silly B-movie can have just as much merit as a profound drama – it’s all about execution.

Blade II could easily have been a work for hire job. All del Toro had to do was follow the blueprint set by the original, make it look slick and move on to the next assignment. Instead, he infused it with his recurring themes and hallmarks – sympathetic monsters, gothic architecture, gross autopsy scenes – and made an artfully designed work of B-movie trash. The story is slight, the supporting characters undeveloped and there’s a romantic subplot that generates less heat than a faulty radiator, but that doesn’t matter since the ride is so well crafted.

The setup finds vampire hunter Blade forced to team with the Blood Pack, a mercenary vampire group who were trained to kill him, so they can stop the Reapers together. These pale-skinned freaks are an evolved strain of bloodsucker, making them feast on both human and vamps alike. They’re also near unkillable. These nightmare creatures are classic del Toro creations, with their jaws gruesomely splitting open to reveal an eel-like sucker – an image that still retains the power to shock and repel.

Blade II is an action movie first and foremost, and del Toro makes sure that the viewer gets their money’s worth. Every set-piece is a little different, jumping from graceful sword fights to brutal, limb snapping brawls. The director also wanted the film to resemble an anime like Yoshiaki Kawajiri’s Ninja Scroll or Demon City Shinjuku, giving it a cartoonish hyper-reality where characters can walk the streets heavily armed, or villains can be bisected with the simple wish of a sword.

There’s rarely been an actor better suited to a role than Wesley Snipes to Blade. Not only does he have set of acting chops, but Snipes has also been training in martial arts his entire life, lending the fight scenes bone-crunching credibility. He also gives Blade a deadpan wit that makes him easy to love. The film doesn’t have much time for the Blood Pack itself, with only Ron Perlman’s burly henchman making an impression, while the legendary Donnie Yen is wasted as a mute swordsman.

The film has dated in some key areas. Most of the cast is clad in trendy Matrix-style leather gear, the soundtrack choices are questionable and the CG hasn’t aged particularly well. Despite all this, del Toro’s signature style shines through. It really feels as though he’s having fun while also using the budget at his disposal to teach himself how to shoot action, as well as experiment with concepts and techniques he has since mastered. The reapers are a prototype for the bloodsuckers in his television show The Strain, while lead villain Nomak’s tragic arc is recycled and fleshed out with Hellboy II: The Golden Army’s baddie Prince Nuada – Luke Goss even plays both roles.

Blade II’s box office success effectively set del Toro on the path to Hellboy and beyond. Yet, perhaps understandably, it seems to have fallen through the cracks as far as appraising the director’s career is concerned. Still, viewed 20 years on, everything from its distinct visual style right down to striking details such as vampires kissing with razor blades makes this superhero sequel one of the most curious entries in del Toro’s extraordinary back catalogue.