Party on dudes!! The Bill & Ted comeback is finally on

The totally excellent news of a new sequel comes after a recent cast and crew reunion. 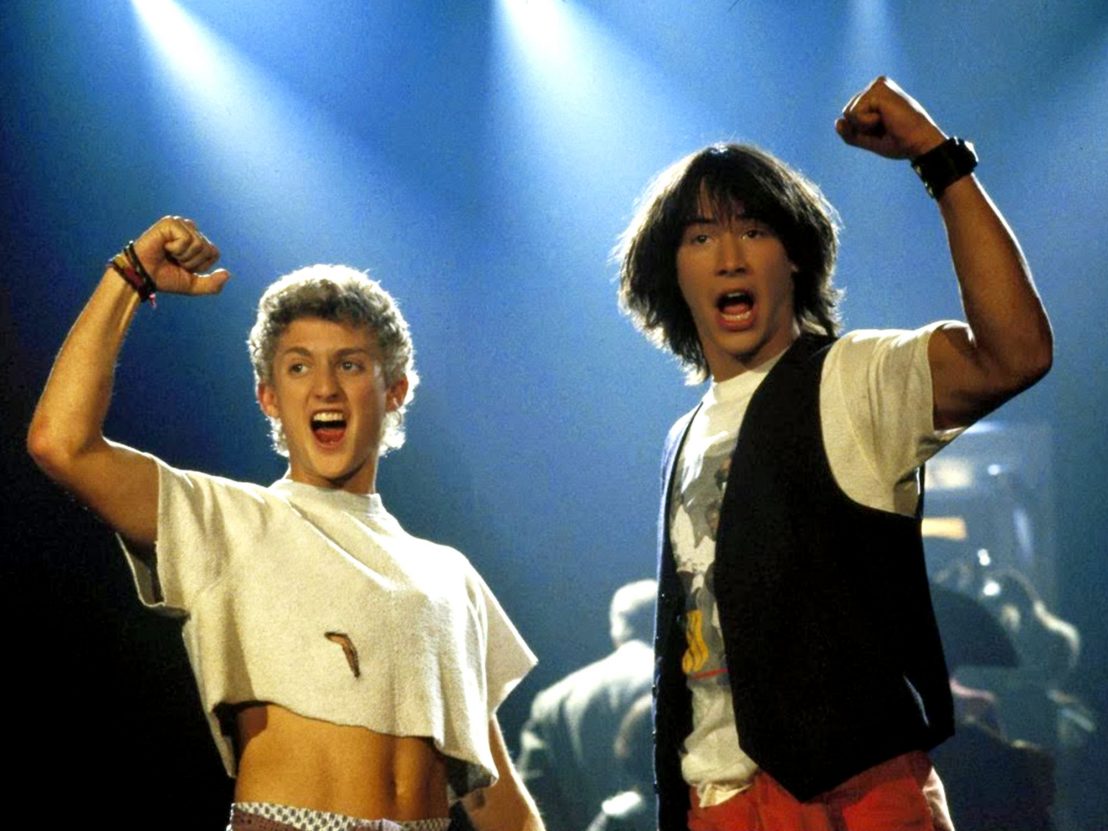 Nearly 30 years after making their big screen debut, Bill, Ted and their excellent air guitars may finally be making a comeback. In a recent reunion for Entertainment Weekly, Alex Winter and Keanu Reeves, along with screenwriters Ed Solomon and Chris Matheson, made clear their desire to return for Bill & Ted 3.

With time travel, Abraham Lincoln and death already tackled, the only thing Bill & Ted haven’t yet faced is reality – and it sounds like they’re set to do just that in this sequel. Titled Bill & Ted Face the Music, the film’s script reportedly sees the now middle-aged duo dealing with the pressure of the unfulfilled potential of their rock music, which was prophesied to bring about ‘universal harmony’ at the end of Bogus Journey.

Solomon, meanwhile, has confirmed that there will still be space within the mid-life crisis storyline for the slapstick hilarity which characterised the first two films. “I think it’s kind of like A Christmas Carol with Bill and Ted. Looking at their lives, and really kind of rediscovering what they’re about.”

Although Bill & Ted fans have been frustrated by the stop-start pre-production process, this period has allowed Solomon and Matheson to assemble an impressive cast and crew. Alongside original producer Scott Kroopf, Steven Soderbergh is also signed on to produce, while Galaxy Quest’s Dean Parisot has been named as director.

As well as Reeves and Winter, “Bill Sadler is back, returning as death, and a few delicious cameos by people to be named another time” teases Solomon. “We are hoping to close a deal with some financiers. Hopefully within the next month or so, we’ll have news that will stick.”

What would you like to see from a Bill & Ted sequel? Let us know @LWLies