We’ve long been fans of Alice Lowe, the ace British actor, writer and filmmaker known for the likes of Garth Merenghi’s Darkplace, Sightseers and her 2016 directorial debut Prevenge. Now she’s reunited with the band TOYDRUM to direct a music video for their new single ‘Void & Form (Trentemøller Remix)’, featuring Joel Wells on vocal.

It sees The Witch and Games of Thrones star Kate Dickie trapped in a neon nightmare which plays out over seven minutes of mind-melting lunacy. The video was shot on a tiny 8ft by 4ft set, a specially designed ‘giant kaleidoscopic’ into which visual effects were then projected. No computer effects were involved – instead the effects were generated using ink, water, bitumen, nail varnish, milk and food colouring. The shoot took place in the TOYDRUM’s Brighton studio.

A skeleton crew were brought on board including Prevenge DoP Ryan Eddleston. Inspired by the iconic ‘star gate sequence’ from Stanley Kubrick’s 2001: A Space Odyssey, the video portrays the emotions of a seeming astronaut as she sees her life flash before her eyes and ‘meets God’… and herself.

Speaking about the project, Lowe had this to say: “It was my privilege to be working with ToyDrum again, two of the most innovative musical visionaries around! This track just bowled me over, so I really enjoyed being able to run riot with the images it conjured up. Pablo and James work in such a creative organic way, and I think the way we made this video reflects that. It was also great to coop Kate Dickie up in a box and watch her work some magic.”

‘Void & Form (Trentemøller Remix)’ is cut from TOYDRUM’s most recent album ‘My Eye On You’, available now via Skint / Bmg. The Prevenge soundtrack is available now through Invada Records. Alice Lowe is currently working on her second feature Timestalker with Western Edge Pictures. 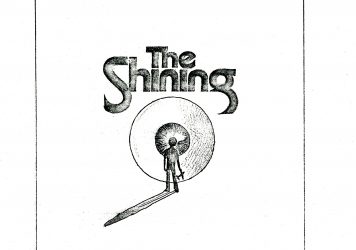