The Netflix adaptation is characterised by the competing visions of writer Sarah Polley and director Mary Harron. 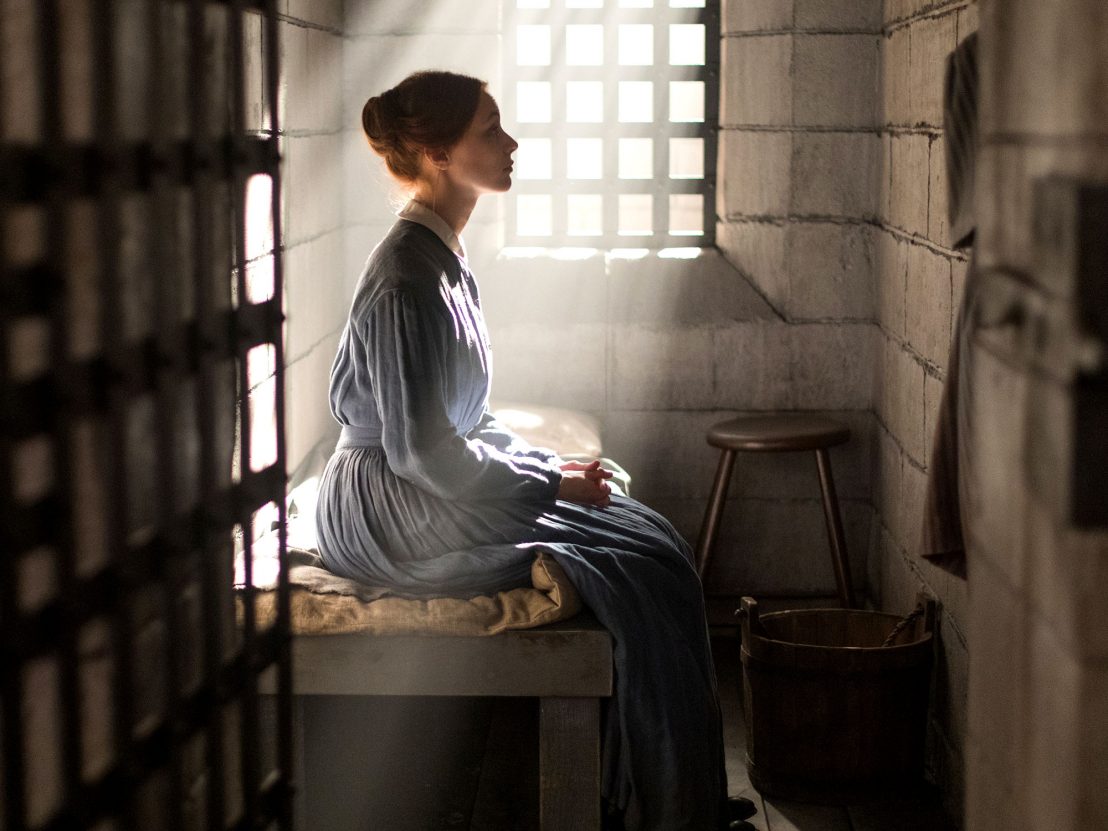 A different role for Netflix has emerged this year, as it asserts even more dominance over how we access TV – collapsing the geographical borders between stories, and even interrogating their place in national identity. The streaming giant has started to collaborate with public broadcasters of certain countries. They have partnered with the Canadian Broadcasting Corporation twice this year, on Moira Walley-Beckett’s Anne With an E, and now an adaptation of Margaret Atwood’s 1996 novel ‘Alias Grace’.

Both productions are in a rare and intriguing position, taking popular stories and histories from the country, that form some part of its identity, and attempting to reinvent them. Anne With an E is a coming-of-age story that holds a sentimental place in this writer’s heart, a connection forged through various adaptations (particularly those from the 1980s starring Megan Follows as the girl of Green Gables). Walley-Beckett’s version drew ire for daring to be revisionist and anything other than rose-coloured, showing the more brutal realities that simmered behind Anne’s sunny optimism in the books.

And now there is Alias Grace, which seeks to illuminate the scars of the past anew, bringing a story about a single loss of innocence for a country to the world. Yet too often the show seems at war with itself – is it a softer, more conventional drama, where horror lurks behind conveniently closed doors, or a piece of shockingly brutal truth telling?

Directed by Mary Harron and written by Sarah Polley, Alias Grace is a six-episode series characterised by the competing visions of its creators. The facts of the story, based loosely on true events, are straightforward enough. Grace Marks (Sarah Gadon) has been jailed for over a decade, now being hired as a maid/curiosity at the nearby home of the Governor. A band of well-wishers want to have her pardoned and released for the brutal murder of her former lord (Thomas Kinnear, played by Paul Gross) and lady (Nancy Montgomery, played by Anna Paquin) of the house. 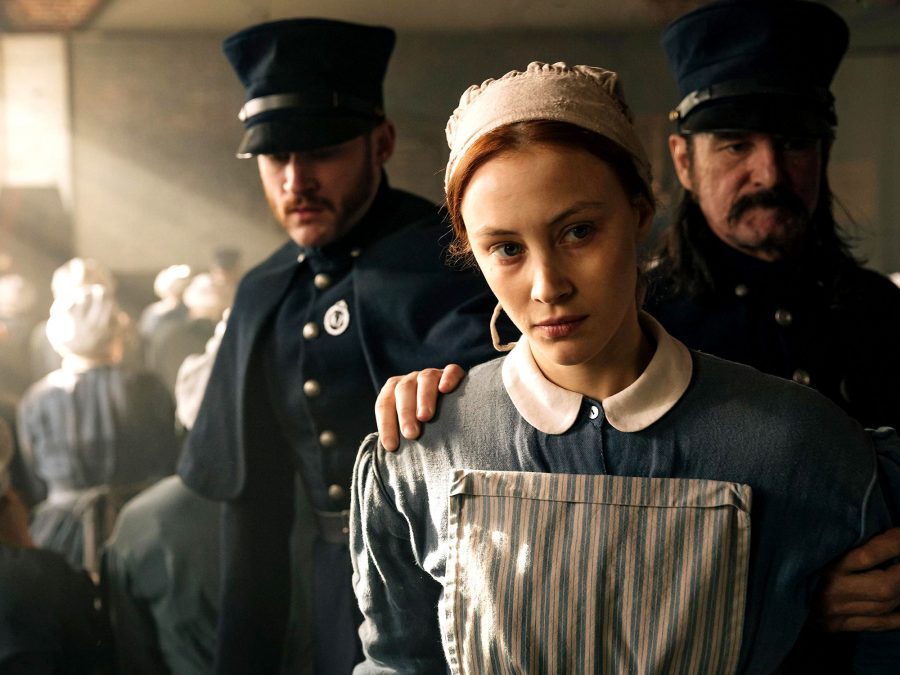 Her supporters wish to see her proven as mentally ill and inherently able to do such a thing, so they hire Dr Jordan (Edward Holcroft) to interview Grace as she keeps up with needle work. But over the years, Grace’s story has been rewritten by the public (“They seem to know my story better than I know myself”) as a series of projections at every turn, and she’s persistently evasive, returning to her childhood as an Irish immigrant and her abusive father to recapture her own history. “Whatever I said would be twisted around,” she says.

Alias Grace has been a dream project for Polley since she was 17. It was at that age that she came out a short hiatus from acting to star in Atom Egoyan’s The Sweet Hereafter, another film about indiscretions hidden under pure snow. It’s her vision that often emerges as the more effective, unsettlingly lurid behind conventional softness and laced with subjectivity. Grace’s story is told in flashbacks, and thanks to Gadon’s depth and Polley’s writing, they often feel like Dr Jordan’s construction and attempt to reconcile a mounting record of stories with truth.

Polley’s writing creaks with a horrifying underlying dirt, blood and bile, a gruesomeness hidden beneath put-together speech, slammed doors, and handmade quilts that emerges with a gasp, a scream, and a slash. Floorboards creak under the weight of what they hold. An early highlight comes in a monologue in which Grace muses on the many brightly patterned wedding quilts she has washed, folded and then spread over beds, and why they are sewn. She settles on them being a forewarning, a cry for help, because for women beds are, as she puts it, “merely an indignity they must suffer through.”

But while the blood is almost oozing out for Polley, Harron has already applied the gauze. The latter’s vision is a piece of masterpiece theatre, a softer and conventional period piece that purely leaves it at that without playing with viewers’ expectations about the medium or the story. Too often her direction is too mannered, at odds with the violence of the writing. The soft images don’t rattle with the juxtaposed brutality within them. Instead they minimise the impact of what is happening. Despite the flintiness of Gadon’s performance, it is Harron’s unqualified softness that ultimately blunts the series and results in a struggle to hold interest after the opening episodes.

It’s disappointing, because Alias Grace had the potential to be an antidote to the American-centric depictions of hardship we so often see in mainstream television. There are references to the Canadian rebellion, uprisings of the lower classes that took place in 1837 and ’38 against the monarchist governments, something that is rarely heard about outside the country.

Where The Handmaid’s Tale bombastically tells its own cautionary tale, Alias Grace is more subtle. Rights don’t exist yet here, injustice is happening everywhere. When there is nothing, how much more can be taken away? Why do we tell these stories? To comfort, to make them be heard, but most importantly, by way of caution. A line at the start of episode two sums this up neatly: “Long to be patient and silent, to wait like a ghost that is speechless. Till some questioning voice dissolves the spell of its silence.” 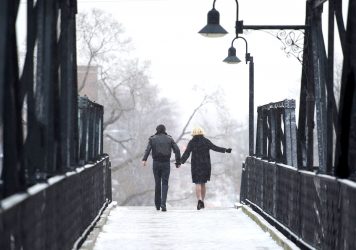